February 3, 2020February 3, 2020 | InventipsInventips | 2 Comments | 11:45 am
We Students invest our Time and Money in the Education System and also have high hopes and dreams for life that we will become a doctor, engineer, scientist, teacher, lawyer etc. We give high fees for different different courses to complete our Aim and to get a high salary job as per according to our perused course and field but later on Course Completion we find that we r having a job of ₹8000 – 10000 even after giving 2 – 5 Lacs for Courses. Even the job is not secure for Life and essential benefits like ESI And PF also not provided and Working hours are 8 – 12hours and holiday of Sunday sometimes not Provided.

We even not able to find time for family and we start quarell with them and also our Salary is so limited to complete our Need and Demands for Life. So Inventips thinks that it is the Students mindset Change & they move towards the Govt jobs and start preparing for Competitive Exams like SSC, NDA, UPSC Etc. According to Inventips after finding no Success and Upper Age Limit Completion they become very Helpless to Work in Private Companies & Institutions at very Low salary Package and also Harrass by the Environment.

It is Belived By Inventips That Students after 10 & 12 find it difficult for having a course for bread & butter for Life sometimes. It is again a Believe of Inventips that when the Students after 10 & 12 pass with low or Passing % even after trying their best their parents and especially the relatives say a famous Punch Line “” 1) Apka Beta kya kr raha h Ajkal
2) Ha to beta ajkal kya kr rahe ho”
“”3) Apke to bade kam marks h                hamare  bete ke to itne marks aye h””

Inventips Thinks that THESE ABOVE QUES SOMETIMES or Everytime Give a stress to Both Parents & Students who tried their Best in Board XAMS.

We at Inventips Believes and Thought That these things are OK but Sometimes its hurt and sometimes it turns to a stamp of failure on the Dreams & Face of a student and Now he will feel Demolarised and now he would have no idea and dreams for his upcoming Life. Now he would not try to Study for higher courses but now he would Choose Job and understood his failure as an End Of his Life.

But if he overcome from this stress he can become more successful even than the topper Students bcoz he started to Learn different different things and try to find a Joy and Happiness in Little things which he earlier Neglected and he would Become Positive and Achieved the Enlightenment for the Life and He became Successful in finding about the Truth going in Society.

So AT INVENTIPS, we are trying to provide Carrier Guidance, Jobs & Motivation for Students which is Our Official YouTube Channel.

Our Some Point of Views about Education System is reflected in a Video posted on Official Inventips YouTube channel.

VIDEO LINK  IS Below….
https://youtu.be/ggk6b1BMlkM 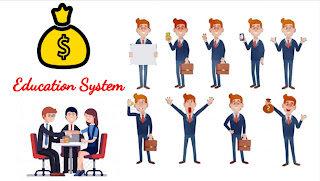 Pantoprazole 40mg Pantoprazole is Antihistaminic and used as Antacid but not an Antacid.  Composition – Tab – 40mg Inj- vial

Are U Afraid Of Dark: EPISODE 1: Laughing in the Dark (Watch Online)You all are welcome at toons.inventips.comHere you can find several kinds of Toons & Episodes of 90’s. SHOW

A New Motivational Story About Life and Struggles.. Life is Full of Struggle and people with different mindsets and aims with positive & negative outputs. A small story is below